Is it that important to explore the concertos of Beethoven and Brahms? Classical music lovers know that masterpieces never grow old, and that every new listen brings new surprises. This is especially true when they are performed by a young soloist with a budding conductor on the podium with great promise for the future.

Péter Dobszay was born in 1990. He is an organist and conductor, and a former student of László Fassang, János Pálúr, István Ruppert and Zsolt Hamar, as well as András Ligeti, Tamás Gál and Ádám Medveczky. He is the principle organist for both the Dohány Street Synagogue in Budapest and the Holy Angels Church of Gazdagrét, and is the permanent conductor of the Szolnok Symphony Orchestra. As an organist, he has played in concerts worldwide and won prizes at international competitions. He ha...s been a guest conductor for the Pannon Philharmonic, the Szeged Symphony Orchestra, the Savaria Symphony Orchestra, the Hungarian National Philharmonic, the Budapest Philharmonic Society Orchestra, the MÁV Symphony Orchestra and the Mendelssohn Chamber Orchestra.
Pianist Tomoki Sakata was born in Japan in 1993, and his playing has been recognised by musicians such as Ivan Moravec, Paul Badura-Skoda and Tamás Vásáry. Among his numerous achievements in European and Asian competitions is his first prize in the 2016 International Franz Liszt Piano Competition in Budapest. Sakata's compatriot, violinist Ririko Takagi, was ranked second in the 2017 Bartók World Competition in Budapest. In 2010, the year of her public debut, she won first prize at the 4th Yokohama International Music Competition, and was granted a scholarship by the Yamaha Music Foundation. She also performed at the Ost-West Festival in Austria in 2012 and 2013, and finished first in the Euroasia International Competition on several occasions. 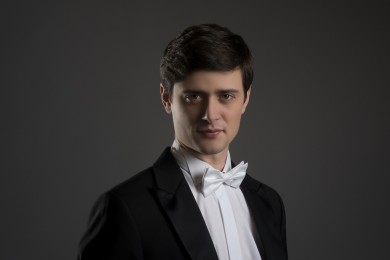 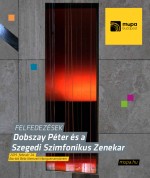