Péter Eötvös's concerto for percussion instruments, Speaking Drums, relies on a performer who can handle the various instruments with peerless virtuosity, but with evocative acting abilities, as the musician also has to speak, delivering Sándor Weöres's nonsense verses while playing. And this is done with perfect harmony by employing a virtuoso of numerous percussion instruments. The 36-year-old Austrian phenomenon Martin Grubinger, for whom Eötvös wrote this unique - but still highly app...roachable and pleasant-sounding - piece accomplishes his task with indescribable perfection: it is a brilliant achievement. One has to see it and hear it! Speaking Drums dates from 2012/2013, and the first of the other two works by Eötvös being played, zeroPoints was written in 1999 (Pierre Boulez premièred it with the London Symphony Orchestra). The second, the short piece Per Luciano Berio being played in the second part of the programme, was composed in 2003, although it was only scored in 2018.
Per Luciano Berio will immediately flow - without a pause - into the Dante Symphony: this work of Liszt's places the ensembles of the season - the Hungarian National Philharmonic and the Hungarian National Choir - in the spotlight. Is it perhaps a bit odd to hear pieces by Eötvös and Liszt on the same evening? On the contrary, nothing could be more natural, as the two are both open-minded and original-thinking modern composers oriented along an incredibly broad spectrum of inspiration... 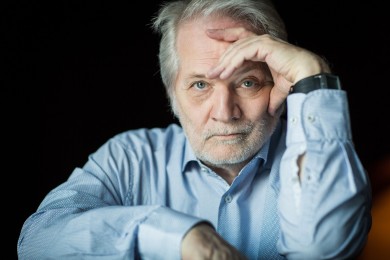