A substantive criterion in compiling the concerts to be given by the Artist of the Season is to make certain that the three programmes reveal the musician's versatility to the greatest degree possible. In the case of Péter Eötvös, this could not be easier: the composer is also a conductor who, in addition to acquainting the audience with his own works, is also fond of introducing them to compositions by young composers.

Ever since its foundation in 1990, Ensemble Musikfabrik has been one of the most significant contemporary music ensembles in the international arena. Over the course of its existence thus far, this group consisting of wind and string soloists, as well as pianists, has collaborated with the widest possible scope of composers, ranging from Karlheinz Stockhausen, Georg Friedrich Haas and Mauricio Kagel to Louis Andriessen, Harrison Birtwistle and Wolfgang Rihm, with a preference for innovativ...e-minded artists - and making similar choices in terms of conductors, directors and choreographers.
Péter Eötvös is a regular guest of the ensemble's, as both a conductor and a composer. His new work being performed at this joint concert with the Ensemble Musikfabrik was written in his characteristically narrative format, while the sonata pays tribute to Bartók.
The common characteristic of the composers of the other two works is their youthfulness, and this reminds us of a newer important aspect - alongside composing and conducting - of Eötvös's work: embracing young talents as a mentor. The piece opening the concert was composed by Alex Nante, a young Argentinian student of Eötvös's, while the oboe solo is the work of a young female Japanese composer: Malika Kishino. 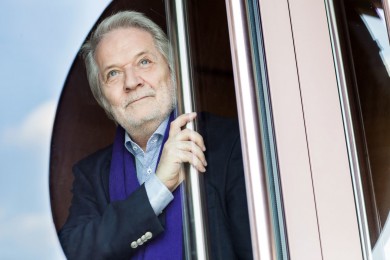 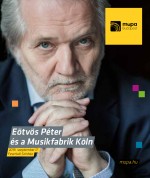