Change in programme
Please be advised that due to technical issues, the Berlin Philharmonic Wind Ensemble will not be appearing at the concert. Taking their place with the above programme will be the Viennese musicians of phil Blech Wien.

The idea came up in 2010, during one of the Vienna Philharmonic's concert tours: to found an ensemble that cultivates and nurtures the great traditions of Viennese music for brass and percussion, while also giving it a new impetus. All of the members of phil Blech play in prestigious Viennese orchestras and also received their musical training in the city. The ensemble comprises five trumpeters, three horn players, three trombonists, one tubist, two percussionists and the music director (true to... their city's heritage, they naturally employ the rotary valve trumpet, Vienna horn and Vienna timpani). The highly successful ensemble owes its rapid ascent to popularity to the quality of the individual musicians and, above all, to their marvellous synergy. They are immensely proud of their first album from 2013, which features transcriptions of Verdi and Wagner along with arrangements of works by Bruckner, Mahler, Mascagni, Mendelssohn, Mozart and Rodrigo. Their repertoire consists solely of their own transcriptions, and this not only allows every instrument and musician to shine, it also gives the audience an opportunity to hear the music played in a new way. 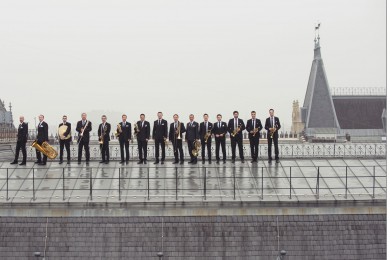 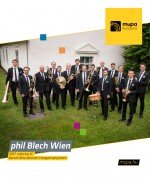