In the 18th and 19th centuries, playing piano pieces for four hands was considered the most widespread method in Hungary of making music in the home. Wherever there were two keyboard instruments available, chamber music for two pianos was played - a repertoire that likewise started to evolve during the period of Viennese Classicism. This concert will feature compositions of remarkable beauty from both genres.

Mozart, Beethoven and Schubert: it is lovely and practically symbolic that it is precisely the Viennese composers, the artists of the Classical and early Romantic eras, whose works will be representing the chamber music for four hands and two pianos at the concert, as this music is particularly closely linked to the Austrian capital and its musical culture of the 18th and 19th centuries.
József Balog and Tamás Érdi are the same age: both born in 1979, they are representatives of the strong... field of the middle generation of Hungarian pianists, each making frequent appearances and receiving many invitations to perform. Both of them can be described as having tremendous confidence with their instruments, a high level of musical sensitivity and a love of chamber music - it is no wonder that this time they will be joining forces to play Mozart's charming compositions for four hands and two pianos, a fresh and energetic early piece from Beethoven and a renowned masterpiece: Schubert's mysterious and tragic Fantasy in F minor, an advance in the style of mature Romantic expression.
Joining in to help play Mozart's concerto for two pianos, the piece closing the programme, will be the Budapest Strings, a chamber orchestra founded in 1977. The conductor for the piece, Róbert Farkas, was born in 1982 and moved to Berlin, where he is still based, after completing his studies in Budapest more than a decade ago. 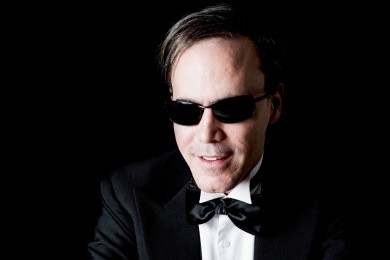 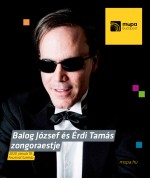