Jean-Philippe Rameau's fourth opera, Castor et Pollux, is one of the composer's most successful efforts in the genre. The theme of the five-act work, which follows the traditions of tragédie en musique, comes from Greek mythology: the story of Jupiter's twin sons. The international cast of soloists performing the work in concert version with the Purcell Choir and Orfeo Orchestra is composed of singers who are enthusiastically received by Baroque music-loving audiences all over the world. Conductor György Vashegyi has done a great deal to promote Rameau in Hungary: he is the top Hungarian expert on and interpreter of the composer's works.

Rameau, who wrote his first opera at the age of 50, composed Castor and Pollux in 1737, at the age of 54. Premièred that same year, the work lasted for 20 performances. A revised version created in the mid-1750s enjoyed a lengthy period of great success. György Vashegyi is the most significant proponent of historically informed early music in Hungary and has done much to promote little-known French Baroque masterpieces in Hungary. In February 2022, he was made a Chevalier L'Ordre des Arts ...et des Lettres by the French state for his research into the French Baroque opera literature. The Purcell Choir was founded in 1990, followed by the Orfeo Orchestra in 1991. Both ensembles have operated under his leadership ever since, interpreting and performing the most important historically informed concerts in Hungary. For many years now, Vashegyi's workshop of vocal and instrumental performers has developed extremely fruitful relationships with internationally renowned singers, recognised specialists in the early music repertoire, with whom they have given a host of concerts at Müpa Budapest and made numerous recordings. Reinoud Van Mechelen, Tassis Christoyannis and the other soloists featured in this production of Castor et Pollux are all members of this group.

The concert will be preceded, at 6.00 pm, by an introductory presentation entitled Prelude. The program will be open to anyone holding a ticket for the performance, but subject to prior registration on our website. For more information about the registration, please consult the Müpa Budapest website in the weeks leading up to the concert. 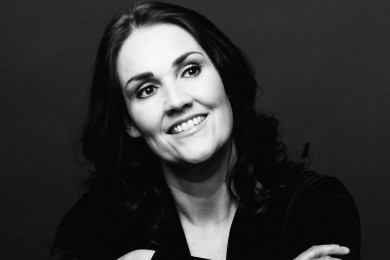