Jean-Philippe Rameau was 50 years old when he undertook to write his first music for the stage. Coming up from behind to win the match is always a good feeling, as sports writers like to tell us. And this is indeed what Rameau went on to do: he died at 81 as the most successful and prolific of France's opera composers of the Baroque era.

Thus far unknown in Hungary, Dardanus is Rameau's fifth effort in the genre, making it a relatively early opera of his. Dating from 1739, the work makes reference to Greek mythology, the source of some of its familiar characters. The story itself, however, is the invention of its librettist, Charles-Antoine Le Clerc de La Bruère. The interesting aspect about this work's genesis is the fact that it was revised several times: first in 1744, and then again in 1760. The third version brought t...he hitherto tepidly received opera true acclaim, to the extent that Rameau would henceforth be referred to as 'the creator of Dardanus'.
György Vashegyi and his two early music ensembles, the Purcell Choir and Orfeo Orchestra, are presenting Dardanus as a co-production of Müpa Budapest and the Centre de Musique Baroque de Versailles. Over the years, the Hungarian concert world has enjoyed the fruits of this collaboration, not least of all the opportunity to enjoy many little-known treasures of French Baroque music. The vocal soloists performing in the production are outstanding artists who have had the chance to convince Hungarian music fans of their skill and talent in more than one of Vashegyi's previous productions. These include tenor Cyrille Dubois, who is singing the title role, as well as sopranos Judith van Wanroij and Chantal Santon Jeffery and baritones Tassis Christoyannis and Thomas Dolié: all of them have already left the Müpa Budapest audience with lovely memories from several productions.

The concert will be preceded, at 5 pm, by an introductory presentation by Benoît Dratwicki entitled Prelude in the Glass Hall (in English with Hungarian interpretation), which will be open to anyone holding a ticket for the performance. 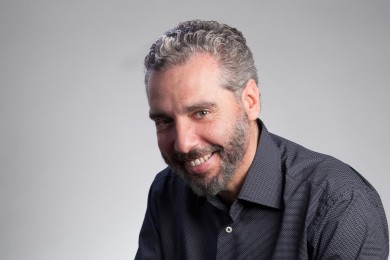