The orchestra of one of Europe's most famous opera houses is also world-class as a concert ensemble and as an interpreter of the symphonic repertoire - a fact that will be demonstrated on this evening featuring three Russian masterpieces from the 20th century. Rachmaninoff's Third Piano Concerto is one of the most complex and legendary virtuoso pieces of the genre. Stravinsky's recently rediscovered youthful work Funeral Song mourns the loss of the composer's teacher. And Prokofiev's final symphony strikes a note of both nostalgia and melancholy. The conductor of the concert, one of the greatest of our time and himself a native of Milan, is connected to the city and La Scala in a thousand ways, while the soloist for the evening, the young Japanese titan Mao Fujita, has already proved himself at the concert of the Leipzig Gewandhaus Orchestra here, when he jumped in to replace Yuja Wang.

Rachmaninoff dedicated his piano concerto in D minor, composed in 1909, to Josef Hofmann, an outstanding pianist of the day. Hofmann, however, never performed it publicly, saying it was "not for him”. Although the concerto, which is full of finger-extending stunts, was the composer's own favourite, only a few pianists of the time included it in their repertoire: Gary Graffman, for example, has said that he regrets not having learned it when he was young, when he knew no fear. Stravinsky's youthf...ul Funeral Song was premièred in the same year as Rachmaninoff's Third Piano Concerto. In it, the composer said farewell to his teacher Nikolai Rimsky-Korsakov. Interestingly enough, the score disappeared after the performance and was only found again in 2015. Prokofiev completed work on his Seventh Symphony in 1952, one year before his death. The composer mostly gave it over to restrained and gloomy emotions, including the final movement. Prokofiev's friends talked him into adding an energetic and optimistic coda that won him the Stalin Prize, worth 100,000 rubles, but he later withdrew this section. A mecca for opera fans, the Teatro alla Scala, opened in Milan in 1778. Over the years, the building has hosted the world premières of masterpieces by composers such as Gioachino Rossini, Vincenzo Bellini, Gaetano Donizetti, Giuseppe Verdi, Giacomo Puccini, Alfredo Catalani, Arrigo Boito, Ottorino Respighi, Karlheinz Stockhausen and György Kurtág. Likewise, the institution's list of principal conductors includes such figures as Arturo Toscanini, Tullio Serafin, Victor de Sabata, Carlo Maria Giulini, Guido Cantelli, Gianandrea Gavazzeni, Claudio Abbado, Riccardo Muti and Daniel Barenboim. Riccardo Chailly, a former student of Franco Ferrara's at the city's conservatory, made his debut at La Scala in 1978 conducting a production of Massenet's Werther, as an assistant to Claudio Abbado at the time. Boasting a wide repertoire, he is an evocative and virtuosic conductor who has been enthusiastically welcomed at the world's great opera houses and concert halls for decades. He has served as La Scala's music director since 2015. The soloist for the evening, the young Japanese pianist Mao Fujita, was born in 1998 and burst onto the international concert scene with his overwhelming victories at the 2017 Clara Haskil Piano Competition in Switzerland and the 2019 Tchaikovsky Competition in Moscow.

We would like to inform you that the programme has changed and that a new performer has been added as well. The programme for this concert, which will take place with one intermission, consists of Rachmaninoff's Piano Concerto No. 3 in D minor and Prokofiev's Symphony No. 7 in C-sharp minor; serving as the soloist for the concerto will be Mao Fujita.
Tickets purchased previously are automatically valid for this concert. 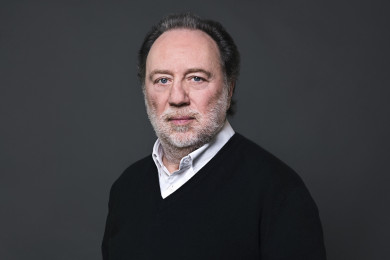 Change
We would like to inform you that the programme has changed and that a new performer has been added as well. The programme for this concert, which will take place with one intermission, consists of Rachmaninoff's Piano Concerto No. 3 in D minor and Prokofiev's Symphony No. 7 in C-sharp minor; serving as the soloist for the concerto will be Mao Fujita.
Tickets purchased previously are automatically valid for this concert.