This concert in the Discoveries series is another opportunity to see talented young artists. The young Hungarian conductor is joined by two young soloists whose achievements demonstrate that musicians raised in different cultural traditions are more than capable of mastering the great works of European classical music.

Conductor Róbert Farkas, born in Ózd, is still better known abroad than here in Hungary. After graduating from the Budapest Academy of Music, he completed his studies at the Berlin University of the Arts in 2012 before becoming répétiteur of the Staatsoper Unter den Linden. In 2013, his work came to the attention of Konzerthausorchester Berlin conductor Iván Fischer, with whom he now works as an assistant. He also assists Fischer at the Budapest Festival Orchestra. Farkas, who now lives in... Berlin, has been a guest of such ensembles as the Berlin Symphony Orchestra, the Lucerne Festival Orchestra, the Philharmonisches Kammerorchester Wernigerode, the Youth Ensemble of the Collegium Musicum Pommersfelden, and the Savaria Symphony Orchestra of Szombathely.
The vocal soloist for Beethoven's Violin Concerto, Mohamed Hiber, was born in Paris and studied under Svetlin Roussev at the Conservatoire de Paris, and later studied in Madrid at the Queen Sofia College of Music. He has found success in international competitions and worked with the West-Eastern Divan Orchestra at the invitation of Daniel Barenboim.
Indian-American Pallavi Mahidhara will also take the stage to perform Brahms's Piano Concerto in B major. Mahidhara, who hails from a Hindu family, studied at the Curtis Institute in Philadelphia. He regularly performs in the United States and Europe and has won awards at numerous international competitions, as well as making guest appearances at major festivals from Marlboro to Verbier. 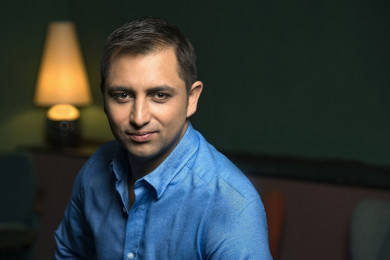 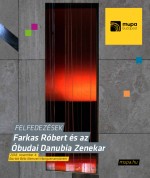