Here we have an artist who sings, directs operas, manages festivals, draws cartoons and writes novels. Who could it be? Born in Mexico in 1972, this world-famous tenor currently lives in France, of which he has been a citizen since 2007. In spring 2018 he portrayed Orfeo in a concert version of Monteverdi's eponymous work at Müpa Budapest. This time around, will perform Spanish and Latin American songs.

Versatility - this is what journalists consider to be the key attribute of Rolando Villazón's personality. And a look through his discography indeed shows an astounding variety of styles and genres, as the list of recordings attests: ranging from Monteverdi's one-on-one duel Il combattimento di Tancredi e Clorinda, Handel's Messiah, Mozart's Le nozze di Figaro, Donizetti's L'elisir d'amore to Wagner's Der fliegende Holländer and Tristan und Isölde, Verdi's La traviata and Don Carlos, arias... from Gounod and Massenet and Puccini's La bohème, it begs the question of whether Villazón is not at ease with any style.
The story of how he became a singer is also not a everyday one. One day a complete stranger rang the doorbell of his Mexico City flat: it was the baritone Arturo Nieto, who had come to say that a friend of his lived next door and could often hear the young man singing - in the shower… The neighbour realised what a treasure the bathroom aria-singer possessed and told the baritone, who then took the trouble to let Villazón know that he should start to do something with his talents.
At this concert, the tenor will be guiding the audience through a relatively unfamiliar world: the Spanish and Latin American songs he has selected will captivate listeners with their unique atmosphere, vibrant temperament and exotic colours. 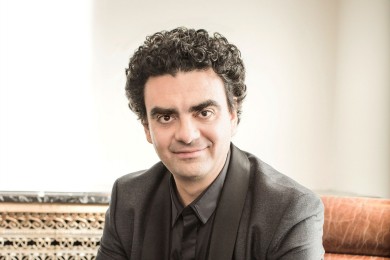 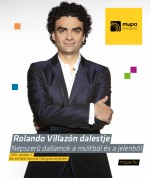