An orchestra founded in 1946 by Thomas Beecham, the great architect of the 20th-century British music world, and later led by conductors like Rudolf Kempe, Antal Doráti, André Previn, Vladimir Ashkenazy, Yuri Temirkanov, Daniele Gatti and Charles Dutoit. A symphonic ensemble that has created a multitude of legendary productions - and convinced the Budapest audience of its remarkable qualities more than once.

The London-based Royal Philharmonic Orchestra (RPO) was founded under the aegis of the Royal Philharmonic Society, and King George VI approved the orchestra's use of the name. Since 2004, the ensemble has had its own home in Cadogan Hall, in the Chelsea neighbourhood of the British capital. In the summer of 2018, the RPO announced that from the 2021/22 season, Vasily Petrenko would be serving as the orchestra's principal conductor under a five-year contract. The Russian maestro was born in... Leningrad in 1976. His teachers included Mariss Jansons, Yuri Temirkanov and Esa-Pekka Salonen. His career so far has included major stints with the Oslo Philharmonic Orchestra, the European Union Youth Orchestra and the Royal Liverpool Philharmonic Orchestra. His discography is dominated by recordings of the masterpieces of the Russian repertoire.
Britten's Four Sea Interludes from the opera Peter Grimes is water music of remarkable beauty: simultaneously depicting both nature and the state of a soul. The 'military-sounding' opening movement of Beethoven's Piano Concerto No. 3 in C minor represents a shift in both tone and structure in the history of the composer's concertos. Prokofiev's rarely heard Fifth Symphony is a wartime masterpiece: written in 1944, it is, as the composer himself said, 'a hymn to a free and happy people, to their enormous power and to their pure and noble soul.'
Born to a German father and a Japanese mother, the soloist at the concert, 31-year-old Alice Sara Ott, is one of the most outstandingly skilled pianists of her generation.

Dear guest, With consideration for the health of both our visitors and staff, Müpa Budapest will remain closed for the rest of the 2019/20 season. This means that all planned performances have been cancelled up to and including 7 July. Any tickets purchased for events organized by Müpa Budapest will be refunded by Müpa Budapest. Click here for more information about the refunds. Thank you for your understanding and cooperation. 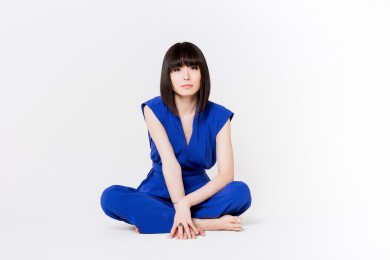 The performance has been cancelled.
Dear guest, With consideration for the health of both our visitors and staff, Müpa Budapest will remain closed for the rest of the 2019/20 season. This means that all planned performances have been cancelled up to and including 7 July. Any tickets purchased for events organized by Müpa Budapest will be refunded by Müpa Budapest. Click here for more information about the refunds. Thank you for your understanding and cooperation.