How many attention-worthy composers, past and present, whom we have never heard of could there be in the world? How many valuable works have been lurking around for years, undiscovered by music listeners? On this night, the Müpa Budapest audience will get to hear some poetic English music - written by a composer who died more than a century ago, but whose works have never been played in Hungary.

The Savaria Symphony Orchestra and its young conductor, Gergely Madaras, however, require no discovering. Ever since its establishment in 1974, the orchestra has been an important player on the Hungarian music scene. The Junior Prima Award-winning Madaras, for his part, though only born in 1984, has already enjoyed many successes both in Hungary and abroad, and is also active as the music director of the Orchestre Dijon Bourgogne. George Butterworth, the English composer behind the piece t...hat will start the programme, was born in 1885 and lived only to the age of 31, dying in 1916 in World War One, during the Battle of the Somme on the Western Front. His orchestral rhapsody A Shropshire Lad is a late Romantic work that is soft in tone and rich in colour, the 'echo' of the composer's song cycle of the same title. The performer of Elgar's popular Cello Concerto, the French/Belgian Camille Thomas studied in Paris, Weimar and Berlin. She has signed an exclusive contract with Deutsche Grammphon, and Fazil Say composed his cello concerto Never Give Up specifically for her. Ágnes Langer, who will be performing Bartók's rhapsodies at the concert, completed her advanced studies in Mainz and Maastricht. She achieved prominence in Hungary in 2017, when she took third place and a number of special prizes at the first-ever Bartók World Competition.

The concert will be preceded from 6.30 pm by a conversation entitled Prelude in the Auditorium, where ticket holders will be invited to get to know the performing musician and the works to be performed more closely. 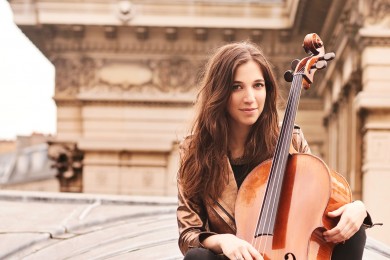 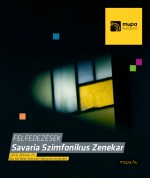