Musical drama and church music: two separate worlds. That is why it is a thrilling experience for those who are familiar with the composer's operas to hear Verdi's Requiem for the first time, or Rossini's Stabat Mater or Petite Messe Solennelle. It is a similar treat to hear the funeral mass of the composer of L'elisir d'amore and Don Pasquale.

'This is the final sign of the friendship I felt for poor Bellini,' wrote Gaetano Donizetti of the origin of the Messa da requiem, a work he started to compose in Paris in 1835, in the midst of rehearsals for Lucia di Lammermoor, after learning of the death of his highly esteemed colleague, his junior by four years, Meaning that Donizetti's funeral mass - just like Verdi's, who was moved to write his own Requiem first by the loss of Rossini, and later by that of Alessandro Manzoni - was ...also inspired by the demise of another great artist. The parallel between the two works can be taken even further in that, just like Verdi's, Donizetti's long-lost piece, which was only first recorded in 1989, preserves the composer's operatic melodiousness - with some analysts considering it a precursor to the Verdi Requiem - even though it also contains contrapuntal passages.
An exciting and remarkable aspect of the concert is the fact that the performers will be conducted by a woman, and a stunningly beautiful one at that. The presence of Speranza Scappucci is part of the process over recent decades by which female conductors have become fully accepted representatives of their profession. The 46-year-old Italian maestra studied at the Conservatorio di Musica Santa Cecilia in Rome and New York's Juilliard School of Music and is a former assistant of Riccardo Muti's. Her repertoire, however, is by no means restricted simply to the works of the Italian masters. 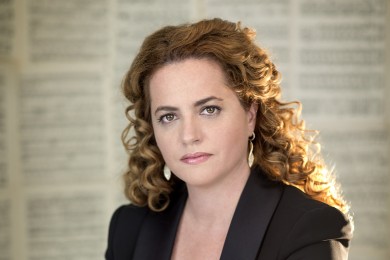 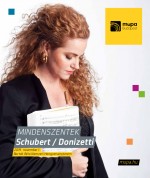