The established custom at classical concerts that feature a soloist is for the artist to usually perform only one piece, generally a concerto. At this concert, however, an astonishingly skilful virtuoso will be filling the positions of both conductor and soloist and take the stage with an instrument for each of the pieces on the programme.

To top it all off, the programme itself is not exactly typical. Sergei Krylov, who is always greeted enthusiastically by the Hungarian audience, was born in Moscow in 1970, but now lives in Italy. A former chamber partner of Mstislav Rostropovich, the violin phenomenon will be performing only solo pieces accompanied by orchestra in a programme that solely features works by 20th- and 21st-century composers. Another remarkable aspect of the selections for the evening is the inclusion of wor...ks by two composers with whom the Hungarian audience is only superficially acquainted, if at all. Milky Way, a work by composer Arvydas Malcys, born in 1957, offers a taste of contemporary Lithuanian music. Representing contemporary Latvian music will be the violin concerto Distant Light from Pēteris Vasks, born in 1946.
Following the modern sounds of these two recent masters of Baltic music, the soloist and orchestra will row into more traditional waters, starting with Béla Bartók's masterpiece Romanian Folk Dances. With its own delectable rhythms and temperamental folk melodies, it is a beloved old acquaintance of the Hungarian audience. Leonard Bernstein's five-movement Serenade took its inspiration from Plato's dialogue Symposium and dissects the subject of love, with each movement depicting one or more of the individuals portrayed in the famous work.
Established in 1960 by Saulius Sondeckis, the Lithuanian Chamber Orchestra has long maintained a fruitful relationship with Sergei Krylov: the violinist has served as the ensemble's chief conductor since 2008. 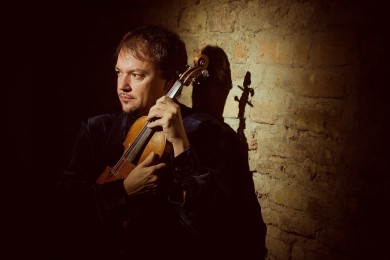 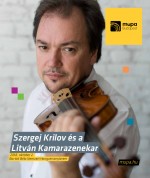