The idea was first a global success decades ago: instead of competing as rivals, the three most famous and successful tenors in the world joined forces to allow as many people as possible to appreciate the beauty of their art. For many years, packed stadiums celebrated the performances of three great artists. Now, in its own way, Müpa Budapest is offering something similar.

Tenors at the top. Or perhaps just level three. It is true that our trio of vocalists may not yet have reached the dizzying international heights of Luciano Pavarotti, Plácido Domingo and José Carreras, whose collaboration began with a series of joint concerts. However, it is also safe to say that all three have achieved notable international success in recent years. In their musical careers to date, they have worked with notable conductors such as Vladimir Jurowski, Claudio Scimone, Gian...anadrea Noseda, Claudio Abbado, Riccardo Muti and Zubin Mehta, as well as performing in opera houses such as the Berlin State Opera, the Vienna State Opera, La Scala in Milan, the Washington National Opera, the Los Angeles Opera and the New York Metropolitan.
The trio's collaboration ¬¬- on International Music Day - is also a rousing call for internationalism: René Barbera is from the USA, Maxim Mironov hails from Russia, while Fabio Sartori is Italian. Their show is not entirely international, however: they will sing solely in the classic language of opera, Italian, performing excerpts from the peerless, irresistible Italian repertoire, with two of the greatest bel canto pieces from Rossini and Donizetti alongside music by Verdi, the great romantic of the 19th century, and Puccini, the defining genius of fin-de-siècle opera. 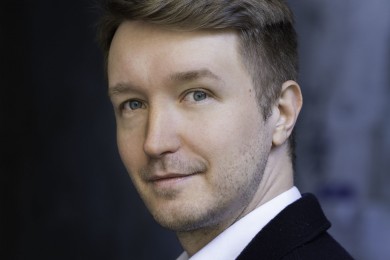 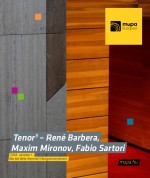