This is a rare opportunity to encounter a Swiss orchestra that is familiar through its recordings, but has not played in Hungary recent years. The work of the conductor will clearly be particularly interesting to those who will have seen and heard his similarly world-class younger brother in the Béla Bartók National Concert Hall two months previously.

The predecessor to the Tonhalle-Orchester Zürich commenced functioning as early as 1868, although it later received its name from the concert hall inaugurated by Brahms in 1895. The Tonhalle was the work of the architectural duo of Ferdinand Fellner and Hermann Helmer, who also designed the Comedy and Operetta Theatres in Budapest, the National Theatre of Szeged and Kecskemét's Katona József Theatre. In its more than a century and a half of existence, the ensemble has played under the bat...ons of such renowned conductors as Volkmar Andreae, Hans Rosbaud, Rudolf Kempe, Charles Dutoit, Gerd Albrecht, Christoph Eschenbach and David Zinman. Their current chief conductor is the middle child of the Järvi dynasty: born in 1962, Paavo Järvi starts his five-year contract with the orchestra during this 2019/20 season.
The opening piece in the programme, Bartók's Dance Suite, combines the music of several different cultures. Aaron Copland wrote his Clarinet Concerto, the evening's second piece, between 1947 and 1949, having received a commission from Benny Goodman, who also ordered Bartók's trio Contrasts. As a result, both pieces reveal jazz influences. The soloist for the night, Sweden's Martin Fröst was born in 1970 and has since become one of the luminaries of his generation, working with many contemporary composers, including Krzysztof Penderecki. The second part of the concert will feature a piece that requires no appraisal: Tchaikovsky's Symphony No. 5 is one of the most popular Romantic works of all time, a highly personal masterpiece of elemental power and opulent melodiousness.

The concert will be preceded from 6.30 pm by a conversation entitled Prelude in the Auditorium, where ticket holders will be invited to get to know the performing musician and the works to be performed more closely. 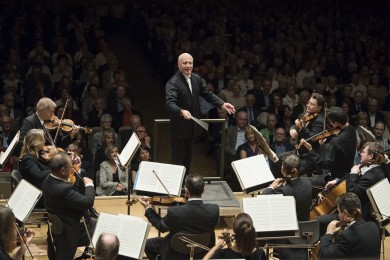 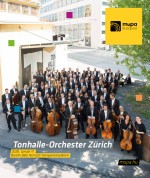