In the principal roles:

It is always exciting to encounter a great composer's lesser-known works, especially the earlier ones. These occasions give rise to a great many questions. How is the early work different from the artist's highly successful mature output? Does it reveal any compositional techniques and stylistic characteristics that foreshadow the later masterpieces?

Of the operas that Giuseppi Verdi wrote prior to the triumphant breakthrough brought about by the triad of Rigoletto, Il trovatore and La traviata, only three are performed regularly: Nabucco, Macbeth and Luisa Miller. Although I Lombardi, Ernani and Giovanna d'Arco are also still presented occasionally, this early period also includes ten (!) other fully completed and staged operas that are hardly ever performed today. One of these is the 1844 work I due Foscari, which librettist Frances...co Maria Piave based on the drama by Lord Byron. The opera's plot is a true Romantic tragedy adapted from a medieval account: the Venetian doge's son has been unjustly accused of murder, but when the actual culprit is revealed, the innocent young Foscari has already been executed. The father, however, suffers a heart attack from the shock and dies.
This production will be presented to the Müpa Budapest audience in concert format, allowing listeners to give themselves over completely to the effect of the music. The interesting thing about the evening will be the fact that all the performers will be from countries other than Hungary: the conductor will be 40-year-old Croatian Ivan Repušić, whose successes have primarily been earned in Germany (in Karlsruhe, Berlin, Hannover and Munich), while the two excellent ensembles will be the Münchner Rundfunkorchester and the Bavarian Radio Choir. The absolute star of the production, in the role of the doge Foscari, will be legendary Verdian baritone Leo Nucci, a welcome guest on every opera stage in the world.

The performance is a co-production of Müpa Budapest and the Bavarian Radio. 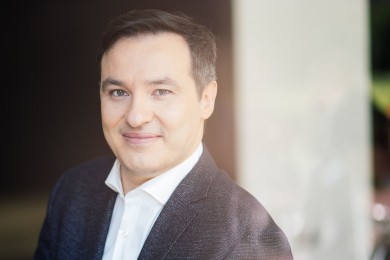 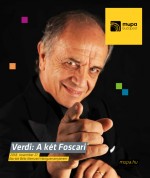 Verdi: I due Foscari Details