Organised by artistic director Adam Fischer with an international cast and creative team since 2006, the Wagner in Budapest Opera Festival is a genuine success story. In the early years, the repertoire expanded by one opera from The Ring of the Nibelung tetralogy each year, as a result of which the entire Ring cycle can now be enjoyed on four consecutive days, just as Richard Wagner intended. The Béla Bartók National Concert Hall is remarkably suited to the execution of a psychological, ch...amber music-based interpretation, Fischer explained while discussing the era-defining masterpiece, which he intentionally devised as a unique Ring production to make maximum use of the characteristics of the Müpa stage. This semi-staged concert hall performance brings the technique of miming much more to the fore than in a traditional opera house, while the acoustics also better emphasise the magical properties of Wagner's sound. Wagnerian musical drama is a work of total art, a concept providing a complex experience that proclaims the unity of music, visuals, poetry, drama and movement.
Zoltán Nyári has sung the principal roles in the operatic literature, each with superb dramatic portrayals and a supple tenor voice. A special aspect of his artistic work is his ability to feel at home in every genre and role type. One of the most sought-after Wagnerian singers of our time, Christian Franz has taken the stage in eight productions at the Bayreuth Festival so far, and has played a number of Wagner's title roles, including Parsifal, Tristan and Siegfried, the latter on the stage of New York's Metropolitan Opera, among other venues. Tünde Szabóki, who has been a regular guest at the Wagner in Budapest Opera Festival since 2009, is a sought-after singer, whether for opera, oratorios or art songs, owing to her exceptionally wide range of skills. Atala Schöck has worked with conductors such as Pierre Boulez, Daniele Gatti and Philippe Jordan. Since 2004, she has sung at the Bayreuth Festival a total of eight times, and has been involved in Müpa Budapest's Wagner in Budapest Opera Festival since the very beginning. Erika Gál first sang the low-tessitura role of the earth goddess, Erda, in 2001, winning the scholarship of the Wagner Society. This enabled her to visit Bayreuth, the citadel of Wagner's music.
Gerhard Siegel is a member of the Wiener Staatsoper, and has sung one of his principal roles, Mime in Das Rheingold, at New York's Met, the Bayreuth Festival, London's Covent Garden, and in Tokyo. Walter Fink, bearer of the Wiener Staatsoper's prestigious "Kammersänger” title, has portrayed some 70 characters in 650 performances at the renowned opera house. Despite being still in his early 40s, Gábor Bretz has already taken the stage at a number of the world's leading opera houses (Milan's La Scala, London's Covent Garden, New York's Metropolitan Opera, and the Wiener and Hamburgische Staatsopers), working with such conductors as Esa-Pekka Salonen and Philippe Jordan. Danish baritone Johan Reuter has been a member of the Danish National Opera since 1996, and played Wotan, the chief of the gods, at the Bayreuth Festival's 2010 production of Das Rheingold. He has appeared in productions conducted by Franz Welser-Möst, Valery Gergiev, Zubin Mehta, Marek Janowski and Kent Nagano, among others. Zsolt Haja is the winner of the 2006 József Simándy Singing Competition in Szeged. A year later, he won the Ferruccio Tagliavini International Singing Competition as well, and a year after that won the special prize at Vienna's Hans Gabor Belvedere Singing Competition. Péter Kálmán started singing with Anna Pauk, and then continued his studies at New York's Manhattan School of Music under Gábor Carelli and in Hungary under Mircea Breazu. For a total of seven seasons, starting in 1997 at the Zürich International Opera Studio,and then from the following year at Opernhaus Zürich, he worked as a soloist with such conductors as Christoph von Dohnányi, Adam Fischer, Valery Gergiev, Stephan Soltesz and Franz Welser-Möst. His major roles in Zürich included Silvano (Un ballo in maschera), Belcore (L'elisir d'amore), Angelotti (Tosca), and Papageno (The Magic Flute). He has made guest appearances in numerous countries around the world. 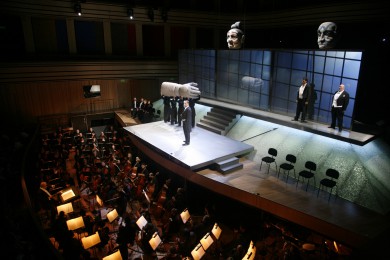 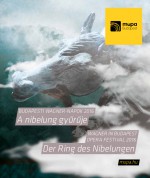