At the end of the final music drama making up the Ring cycle, even though the music is blasting with the destruction of the world, it also contains a message of hope: the end implies the possibility of a new beginning. This is because the final sounds come from the strings playing the broad lyrical notes of the transfigurative Redemption motif. There could hardly exist in our time a work of art that conveys a more important warning for humanity as it debates menacing natural phenomena and the possible fate of the earth than Götterdämmerung does. Perhaps there is still time for us to return the ring to the Rhinemaidens.

It was a telling artistic decision on Wagner's part to omit the central figure of the entire great tetralogy from its final part: Wotan, the conceptual instigator behind every event, is no longer present on stage, with news of his doings only reported indirectly by Waltraute. Or could it be that Wotan is not in fact the most important character, and this distinction should instead go to the disgraced Valkyrie Brünnhilde? In a moral sense, she certainly deserves the title. Wotan is a fallib...le god who violates the treaties inscribed in runes on his spear: sacred contracts over which he himself is the custodian. The pure, noble and courageous Brünnhilde is a living reminder of the injunction to "be worthy". When she leaps onto Siegfried's funeral pyre with her steed, Grane, this is not death but rather the ecstasy of a final reunification.
The Müpa Budapest audience is well familiar with Iréne Theorin's Brünnhilde and Stefan Vinke's Siegfried from previous Budapest Wagner Days performances. After singing Hunding two days earlier, Albert Dohmen will now bring his dark-sounding vocal cords to portray Hagen, another hard-as-rock character. Portraying Waltraute in the second act will be the young Turkish-German mezzo-soprano Deniz Uzun, who won a special prize at the Fifth Éva Marton International Singing Competition in 2021. 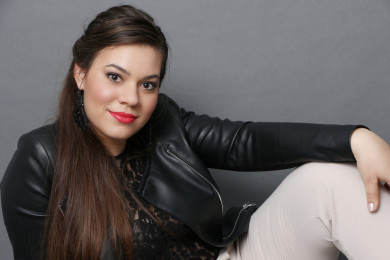