The chief sustaining element of Wagner's operas is tension. This is the electric field created in each of his works, attracting those who are receptive to it like a magnet. Tension - clashing with principles, as high-level art tends to do - was already present in the early "German Romantic operas”, including Tannhäuser.

It never hurts to repeat the truism that, in his stories taking place in the medieval period or in some undefined mythical age, Wagner was never actually speaking about the people of past centuries, or of the gods, giants and dwarfs of legend. Instead, he was reflecting, and addressing, his own era. The chivalric tale of Tannhäuser - featuring a singing contest at Wartburg Castle, Venus's cavern and a pilgrimage to Rome - was all about the beliefs and morals of the rapidly evolving bourgeo...is era of the 19th century. The opera addresses the battle between the conflicting ideas of extreme sensuality and extreme asceticism. In other words, Tannhäuser is about the 19th century, which spawned, along with a triumphant bourgeoisie busy building the capitalist system, a great deal of hypocrisy. Wagner himself is extreme, contrasting the "cesspool of pleasure” with "holy purification” - for him there exists no synthesis or middle ground. Although the productivity-minded thinking of the bourgeoisie - as we see it today - always aimed for a solid balance, Wagner was an artist: his wish was not to praise this new commercial class, but to denounce it.
Matthias Oldag's acclaimed production, on the other hand, strikes a constructive balance between ideas about stage directing sprung from both modernist and traditional aesthetics, enabling it to address both those seeking novelty and others more comfortable with tradition. Gábor Bretz has been a celebrated soloist at La Scala in Milan, the Sydney Opera House and the Salzburg Festival. The favourite role of Stephen Gould is Tannhäuser, while Markus Eiche has sung Wolfram from Tannhäuser, Donner from Das Rheingold and Gunther from Götterdämmerung at the Bayreuth Festival. The German Jürgen Linn lists all the major Wagnerian baritone roles on his repertoire. Tünde Szabóki, a perennial performer at the Budapest Wagner Days, is just as at home on the stages of Austria and Germany. Meanwhile, Sophie Koch began her career in Mozartian and Richard Strauss roles, expanding her repertoire with major Wagnerian heroines. 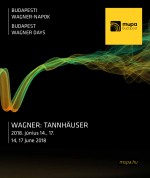