Although the immortal story of the two lovers had become a permanent part of the universal history of civilisation prior to the 19th century, it was probably with Wagner's music drama, in which he attempted to unify the two great obsessions of the time, that it became an essential emblem of the Romantic era.

One of Romanticism's great themes is, of course, love. Nobody knew how to love with as much fire and passion as the heroes of the era of the romance. Love was the light with a splendour that suffused the age, ruling over poetry, music and painting. At the same time, this era had another great, and contrasting, theme as well: that of darkness, night and death. From Novalis to Caspar David Friedrich, the 19th century is full of works of art dedicated to the night, and this fixation with deat...h also left a mark in Romantic poetry, prose writing and music. In the second half of the 1850s, Wagner created one of the greatest masterpieces of an era already overflowing with them: Tristan und Isolde. Composed to his own text based on the medieval legend, the work's heterogeneous romantic thinking served almost as a focal point, combining lovestruck joie de vivre with the death cult. This is the very source of the work's enormous tension.
Now in its thirteenth year, the Budapest Wagner Days has reached a new era of its existence: the moment has come when an important work from the festival's history is now being staged in a second version. Following Magdolna Parditka and Alexandra Szemerédy's 2010 production, now the story of the star-crossed lovers is being reconceived for the stage by the outstanding Italian theatre director, poet and dramaturg Cesare Lievi. Peter Seifert is a highly sought-after German tenor whose portrayal of Lohengrin was described by one critic as a "world-class event of Wagnerian singing”. The Israeli Daniel Boaz is a member of the Vienna Staatsoper and consistently sings the baritone roles of Wagner operas with great success. Neal Cooper also debuted in the role of Melot at Covent Garden. Allison Oakes was recognized internationally when taking over at short notice the title role of Salome at Deutsche Oper Berlin and especially singing an outstanding Isolde in a new production of Tristan und Isolde at Teatro Giuseppe Verdi Trieste. Atala Schöck has appeared in Parsifal at Bayreuth under the baton of Pierre Boulez and Fischer Ádám, as well as performing as Fricka in the Müpa Budapest production. Ádám Fischer debuted in Bayreuth in 2001 and his work was rewarded with the title of ‘Conductor of the Year' by Opernwelt. The Kossuth Prize-winner is an honorary member of the Wiener Staatsoper and creator of the artistic concept behind the Budapest Wagner Days. 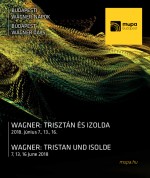