Inspired by the success of its production, Our Love, Kalotaszeg, the Danube Art Ensemble chooses again to focus on the folk art and dance tradition of a single region, this time the Mezőség (Câmpia Transilvaniei) in Transylvania. The Mezőség is highly prized by those who love folk art, and the region has attracted countless amateur and professional collectors. Béla Bartók, Zoltán Kodály, László Lajtha, Károly Kós, Zoltán Kallós, György Martin, Sándor Tímár and Ferenc Novák are just some of... the many researchers whose work has saved the archaic folk art of the Mezőség from oblivion. The region is home to some 300 settlements, and an archaic culture of dance and music that is particularly rich thanks to the intertwining and interaction of Hungarian, Romanian, Romany and Saxon cultures. This production revolves around this kind of multiculturalism.

The première was presented by Müpa Budapest as a joint event with the Danube Art Ensemble as part of the Liszt Fest. 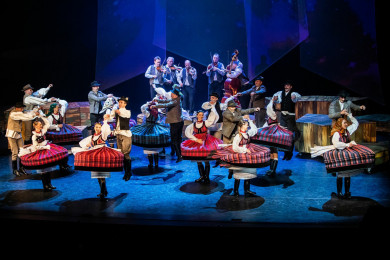 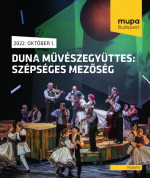