Following Non Solus, the story of two bodies and a soul uniting, and My Land, which portrayed the connection between the earth and humanity, the world-famous Hungarian contemporary circus company now presents a new production. Solus Amor is an organic follow-up to the first two parts, and brings the trilogy to completion.
Directed by artistic director Bence Vági, and fusing contemporary circus with classical and modern dance, Solus Amor is a monumental aerial production that employs "cirqu...e danse,” a new genre in performing art created with and by the company in the course of several years. The production, which evokes the only, primeval energy that spans all space and time, and connects us all, draws its power from the contemporary yearning for nature and wonders. In Bence Vági's concept "the space of the stage and the characters will envelope the audience in the manner of natural essences, facilitating complete immersion for the viewers as do ancient prayers.”

This performance of the CAFe Budapest Contemporary Arts Festival is presented by Müpa Budapest and Recirquel Budapest. 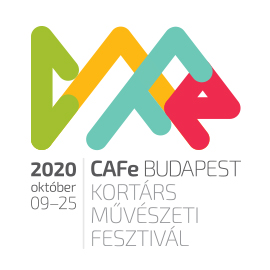