It has been a quarter of a millennium since the birth of the greatest radical innovator in music history: Beethoven both exploded classical forms and paved the way for the Romantic era. Although he lived to be 56, his works attest to an enternally rebellious and youthful soul. It is no wonder, then, that Müpa Budapest, for its part, is inviting young people to this morning lecture concert.

In the oeuvre of Ludwig van Beethoven, there are key concepts that appear throughout his works, defining both their atmosphere the thinking behind them. These include fate, struggle, joy and love - as well as the concept and figure of the hero. The creator of Fidelio was a proud and free spirit, the sworn enemy of every kind of oppression and tyranny. A stranger to any kind of shackles, he proclaimed the ideal of liberty in his music and extolled those heroes who fought for it.
Many of h...is works were conceived around this idea, including the two works in the MÁV Symphony Orchesta's morning lecture concert. After leading the ensemble in the overture depicting the Dutch freedom-fighter Count Egmont (the introduction to incidental music written for Goethe's drama), Ádám Cser will then conduct two movements from the 'heroic' Eroica Symphony, which Beethoven originally intended to dedicate to Napoleon. After learning that the first consul had crowned himself emperor with his own hands, however, he broke with his former role model and instead dedicated it to an ideal, but imaginary, heroic figure. Another reason why the heroic tone plays such a key role in Beethoven's work is because the associated attitude, triumphant sound, pathos and combative character lead straight toward the Romantic style. 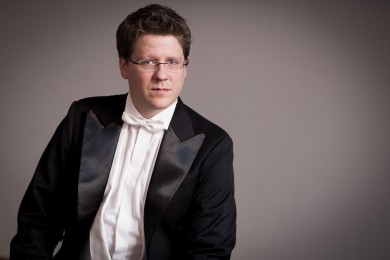