According to the Chinese calendar, the Year of the Dog makes way for the Year of the Pig on 5 February 2019. The idea behind the Grand Chinese New Year Concert held to mark the occasion is to combine the classical music traditions of East and West, and the cultures of Europe and Asia. Launched in 1998, this concert series brings leading Chinese ensembles to perform traditional Chinese music, dressed in the appropriate attire.

The Suzhou Chinese Orchestra is considered one of the most committed representatives and popularisers of the folk music of the Jiangnan region. The musicians regularly take part in workshops, competitions and festivals both in China and abroad. In May 2018, they were the only traditional ensemble to be invited to the prestigious Beijing Modern Music Festival, where they got the chance to play amidst the excellent acoustics of the massive Beijing Concert Hall and to show how it is possible ...to play the folk music of their region in a modern musical setting while still preserving the character of Suzhou and Jiangnan.
Pang Kapang, the orchestra's artistic director and first director, graduated in Kiev in 1997 (as the only Asian to be admitted to the conducting course named after Kirill Kondrashin). He was appointed conductor of the Chinese Radio Orchestra the following year and later gained experience with both Chinese and Western classical music. In 2004, he was named one of China's ten most talented young conductors. Equally comfortable in the worlds of both Chinese and Western classical music, he has also grown fond of presenting 20th-century European works in recent years, along with contemporary Chinese pieces. 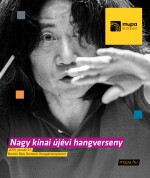