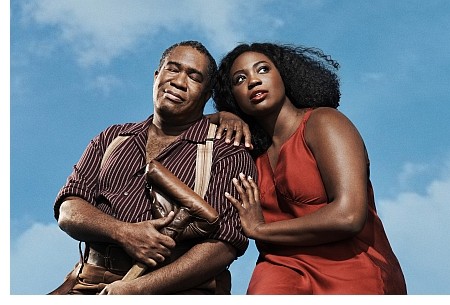 This year the New York Metropolitan Opera is set to start the 14th season of its cutting edge live HD broadcasts. The series, to which Müpa Budapest joined in 2008, will treat opera-lovers from more than 70 countries to audience favourites and new productions alike. Featuring five new Met productions, the programme includes three Puccini operas, Massenet’s evergreen favourite, Manon, a piece each by Berg and Philip Glass, Gershwin’s Porgy and Bess, Wagner’s Der fliegende Holländer, a virtuoso Händel opera and a veritable bel canto masterpiece by Donizetti.

The legendary New York Metropolitan Opera is the dream of singers and opera-goers alike. Singers still have to wait for their chance as only the most accomplished performers can step onto the Met’s stage. However, for the twelfth year now, the audience’s dream can easily become a reality. All it takes is a visit to Müpa, where guests can enjoy the fantastic performances through the Metropolitan Opera Live in HD broadcasts by booking seats in the Festival Theatre or in the Auditorium.

The superior quality broadcasts in Müpa Budapest are screened in the original language with Hungarian subtitles. What is more, English-language interviews with leading members of the cast and behind-the-scenes shots guarantee that viewers get ready for the next act during the intermissions.

Tickets are priced at HUF 3,700 and HUF 5,000. Members of the Müpa+ Membership Programme can claim discounts corresponding to their membership level on 4 tickets per performance.