For as long as opera has existed as a genre, its principle theme has been love. The repertoire of the 19th century presents us with both of the two essential varieties of this human phenomenon in equal measures: the uplifting, pure and noble emotion and the demonic passion that shakes one to the core. The latter paradigm is the heart and soul of one of the most popular operas of all time: it is the dream of every mezzo-soprano everywhere to get a chance to show the considerable vocal and acting abilities required to portray the proud and unbridled Gypsy girl of Seville who is Carmen. In this Müpa Budapest production, it will be one of the greatest stars of our time bringing the title character to life: the Latvian diva Elīna Garanča, famous for her triumphs at the Met.

Bizet invented astonishingly credible sounding Spanish melodies to create this French opera's exotic atmosphere. These tunes are both sensual and passionate, the most important ingredients of the drama's edgy and heart-wrenching feel. Premièred in 1875 and considered a precursor to verismo, Carmen includes a host of Spanish-sounding segments that became hits. It comes as no surprise that an actual Spanish musician - Pablo de Sarasate - would go on to use them to construct his popular Carmen Fant...asy. The international cast for this performance features French tenor Jean-François Borras as Don José, a role he also sang at the Opéra de Marseille last season, as well as at the Met in 2014, when he made his début there jumping in to replace Jonas Kaufmann. Portraying the toreador will be Slovakia's Dalibor Jenis, who is primarily known for singing roles in the operas of Verdi and Rossini in the leading theatres of Europe. Micaëla, however, will be in the hands of the outstanding Hungarian singer, Gabriella Balga, a soloist with the Hungarian State Opera since 2012. The indisputable star of the evening, however, will sing the title role. Elīna Garanča pursued her music studies in Vienna and the United States. From Mozart and Rossini to Massenet and Saint-Saëns, she is adept in numerous styles, and she has worked with many top conductors, ranging from Nikolaus Harnoncourt to Paavo Järvi. Müpa Budapest's concert performance of the opera is a 'family production', as the British-Gibraltarian conductor Karel Mark Chichon, a former student of the Viennese Leopold Hager, is Garanča's husband in real life. Performing under his baton this evening will be the Hungarian State Opera Orchestra and Chorus. 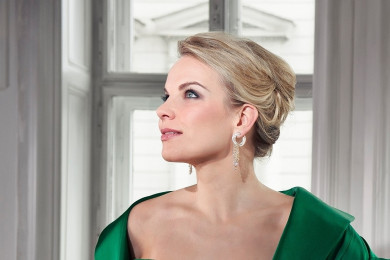