The modern accepted principles for structuring concert programmes were developed in the second half of the 20th century. Prior to that, a more liberal logic for planning concerts prevailed. It used to be common to play just one or two movements from longer works or to embellish a lengthy work by insertin...g excerpts from another piece in the middle and then resuming the original music as though nothing had happened. In Beethoven's time, exciting new 'compositions' were created in this way. This concert will resurrect this former practice by juxtaposing the music of Wagner and Elgar with each other.
Wagner was a looming presence for the greats of the fin de siècle period like Debussy, Mahler, Richard Strauss and their contemporaries. One of these was Edward Elgar, for whom Tristan und Isolde comprised the most undiluted part of the legacy of Wagner's oeuvre: it was the 'first modern work', which influenced his search for a musical path forward for decades to come. It will be exciting to hear two excerpts from the opera - the preludes to acts 1 and 3 - played in alternation with movements from one of Elgar's chief works, the Cello Concerto that catapulted the long-disregarded Jacqueline du Pré into the public consciousness after she recorded it. The Hungarian National Philharmonic's German guest conductor, Sebastian Lang-Lessing, started his career at Staatsoper Hamburg before moving on to Deutsche Oper Berlin. Later, he would go on to head both the Tasmanian Symphony Orchestra and the San Antonio Symphony. At the age of 35, István Várdai is one of the world's leading cellists and a student at Vienna's University of Music and Performing Arts. In the first half of the concert - following Schumann's dramatic Manfred Overture - Várdai will play two short pieces for cello and orchestral accompaniment by Dvořák that, in any case, are relatively rarely heard compared to the composer's Cello Concerto.

You can enjoy the performance online for free. If you own a ticket you can claim refunds for it by clicking here, and for tickets that are part of season tickets on this page. 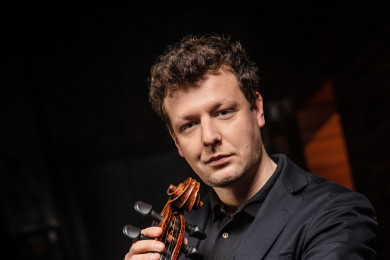