The discoveries at this concert are not the works being played, as these are well known to you: one of Mozart's popular violin concertos, which is often described as Turkish-sounding, and the most beloved cello concerto of all time - not to mention a Romantic symphony full of tempestuous emotions. What we can marvel at as we get to know them are the soloists. Two young ladies in their twenties who radiate talent: a Polish violinist and an Austrian cellist. Both have won substantial international acclaim and taken the stages of renowned concert halls. Now they will be making their overdue Hungarian débuts at Müpa Budapest.

Sara Dragan, who will perform the A major violin concerto that Mozart premièred in Salzburg in 1775, is all of 21 years old. Born in the southwestern Polish town of Legnica, by her high school years, she was already in Switzerland studying with the world-famous professor Zakhar Bron in Interlaken. Almost unbelievable is the fact that, in spite of her young age, she has already won first prize at some 50(!) international competitions and has given hundreds of concerts as a soloist. She has ...played at such venues as the Philharmonie Berlin, the Moscow Tchaikovsky Conservatory, the Conservatoire de Paris and Carnegie Hall. Following her on the stage to perform Dvořák's popular Cello Concerto will be Julia Hagen. If her surname seems familiar, this can hardly be a coincidence: the 25-year-old Salzburg native is the daughter of Clemens Hagen, whom the Hungarian audience knows as both a member of the world-famous Hagen String Quartet and as a soloist. Julia thus absorbed her love for the cello and playing music at home as a child. Helping her transform this love into skill later on were such teachers as Reinhard Latzko and Heinrich Schiff, and she is currently deepening her mastery alongside partners like Renaud Capuçon, Khatia Buniatishvili, Marc-André Hamelin and Igor Levit.

We regret to inform you that the concert has been cancelled. 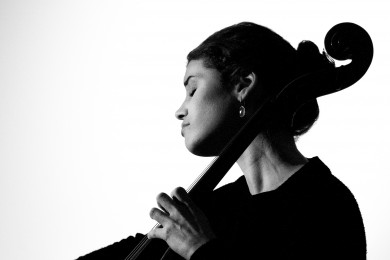