As this concert takes place on April Fool's Day, there might be a few entertaining anecdotes related over the course of the evening. And why not? The entire point of the long-popular Organ Stories series is to bring the music closer to the audience with concerts that also tell the tales behind the music. Could there exist a serious composer about whom one wouldn't enjoy hearing light-hearted stories? César Franck, for example, taught the young Debussy at the Conservatoire de Paris. 'Modulate! Modulate!' he urged his student. The young future genius of impressionism rebelled: 'Why should I modulate? I'm perfectly happy in the key where I am.'

Lovers of organ music know that that there are key schools or 'national dialogues' in the literature for the instrument. The Italian style of Frescobaldi can hardly be mistaken for the northern music of Buxtehude or Bach's characteristically German seriousness. And the French? Gallic organ music is its own world, which is hardly a coincidence, as French organ construction developed differently from elsewhere, with singular results. The immortal master of French organ music is César Franck - let ...us generously ignore the fact that he was originally not French, but Belgian (of partial German descent), as he spent most of his life Paris and became part of the French music world. His transcendant and elevated organ works are considered some of the most precious treasures written for the orchestra. Playing a few of these will be the superb organist andexperimentally minded curator of Müpa Budapest's organ concerts László Fassang. He will also share 'organ stories' about their composer in an informal style, accompanied by his longstanding conversation partner, Pál Mácsai. 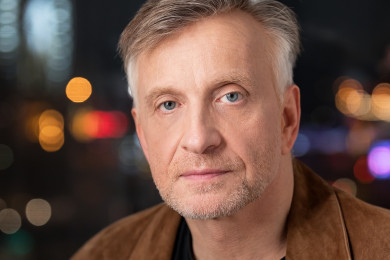