The treasury of Russian music can never be exhausted. These three masterpieces featured at this concert are an encounter between three of that country's biggest musical sources of pride: one overture, one cello concerto and a piano concerto. The two soloists are true discoveries: both the 21-year-old Hun...garian cellist and the 20-year-old Russian pianist embody new hopes for the futures of their instruments. And of course, as in many other concerts in the Discoveries series, this occasion offers the opportunity to marvel at the outstanding work and preparation of a Hungarian orchestra from outside of Budapest.
Musical works that tell stories: Tchaikovsky's overture-fantasy 'narrates' the immortal romance of the two lovers of Verona, while the cello concerto - which incorporates throughout a 'musical cryptogram' representing the composer's initials - relates Shostakovich's beleaguered life during Stalin's dictatorship. The second performance of the piano concerto after its New York world première, on the other hand, is worth mentioning because of how amazed Rachmaninoff, as both composer and soloist, was at Gustav Mahler's brilliance and dedication in conducting the work. Domonkos Hartmann is one of István Várdai's second-year cello student at Vienna's University of Music and Performing Arts - naturally, while also playing concerts and preparing for international competitions. Aleksandr Kliuchko has already won a few of these himself, in his native Russia as well as in Spain and France. He began his studies in Moscow before enrolling at the École Normale de Musique in Paris in 2018. Like Hartmann, he also decided to train at a school in another country in order to study with a luminary from his own country, in his case with Rena Shereshevskaya, the 'empress of the piano'. 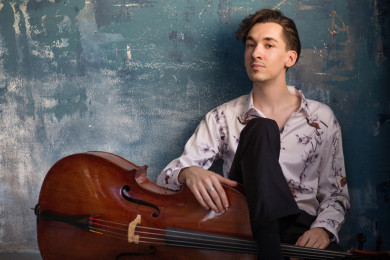 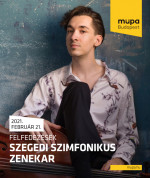