Wagner's mature output begins with Der fliegende Holländer. This work is not yet a music drama: Wagner himself called it a "romantic opera". Its structure makes it suitable for performing excerpts from it as a series of highlights. This is what will be happening on this evening, with world-famous singers... recalling a few important moments in the work. After the intermission, however, will come the second act of a genuine music drama: Tristan und Isolde. Two different genres from the same composer - under the inspired baton of Ádám Fischer.
"The Flying Dutchman" is based on a story by Heinrich Heine - as well as a terrible storm that Wagner experienced while travelling as a passenger on a sailing ship through the Skagerrak. Together, these both gave him the idea of a mythical sailor atoning for the sin of blasphemy who can only be redeemed by true love. Tristan und Isolde, a "proto-modern" work reinterpreting Gottfried von Strassburg's medieval novel in verse in the spirit of the philosophy of Schopenhauer is also about true love, singing about an eternal yearning that can never be satisfied. (Wagner himself did not label this one a music drama either, instead designating its genre as a "Handlung" - meaning a "drama" or "plot". In both works, death represents both the solution and release, so with this contrast between the two genres, this encounter with excerpts from these works of differing aesthetics on the same evening also promises a thought-provoking parallel, presented by such singers as the sopranos Catherine Foster and Simone Schneider, mezzo-soprano Atala Schöck, tenors Gerhard Siegel and Corby Welch, and bass-baritones Albert Dohmen and Tomasz Konieczny. In addition to its respect for the works themselves, one of the most important features of Ádám Fischer's method of conducting Wagner is how he assists the singers, meaning that we can be sure that the outstanding soloists on the stage will once again find a marvellous partner in the world-famous conductor. 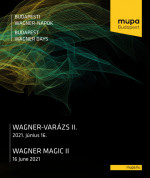